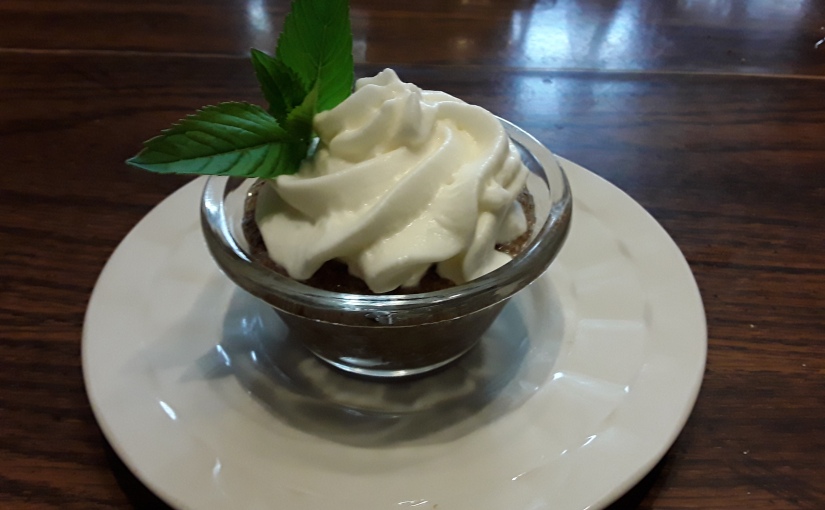 Last year was we had a beautiful summer but as much as I love the summer I hate the way cooking heats up the whole house, so I set out to find and/or create simple easy healthy no cook recipes for the summer months. Simple? Easy? Healthy? No Cook? And Tasty? Yup, I won’t settle for anything less on my blog. If it’s not tasty why bother making it. I’ve read so many recipes on chia pudding and how good it is for you but most were with nut milk. I didn’t have any of the ingredients around except the chia seeds. That said, I did notice the 5:1 ratio of liquid to seeds. So I thought, since I’ve got some left over apple juice I’d give that a try. It turned out delicious and it was so simple. If you can stir you can make it and a half cup makes a “stick with you” breakfast cup. It’s a great make ahead dish to grab when you’re in a hurry, just put it in little ½ cup jelly jars, cover and store in the fridge.

Put the apple juice, chia seeds, maple syrup and cinnamon into a medium bowl and stir until there are no clumps. Cover and put in fridge overnight. Stir in optional fruit and/or nuts. Serve with maple whipped cream and a sprinkle of cinnamon. 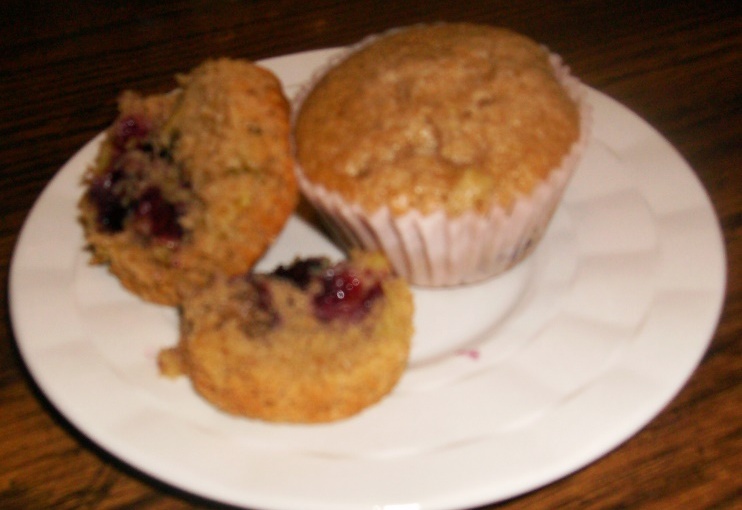 One of my favorite things about simple livin’ is seasonal menus. I don’t have to spend a lot of time planning what I will make because when the pears are ripe we will have things made from pears, when the tomatoes are ripe we will have wonderful tomato dishes etc. Well it’s rhubarb season at the moment and after making the traditional rhubarb dishes like rhubarb pie and rhubarb jam, and tucking some away in the freezer for a mid-winter rhubarb fix, I decided to do some experimenting. I started out with a traditional muffin recipe but…well, I just can’t help myself. I tweaked and substituted my way into a completely different recipe and these breakfast muffins are scrumptious as well as healthy. 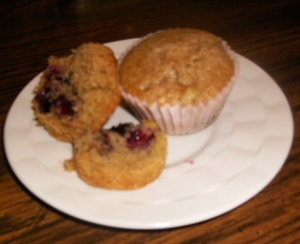 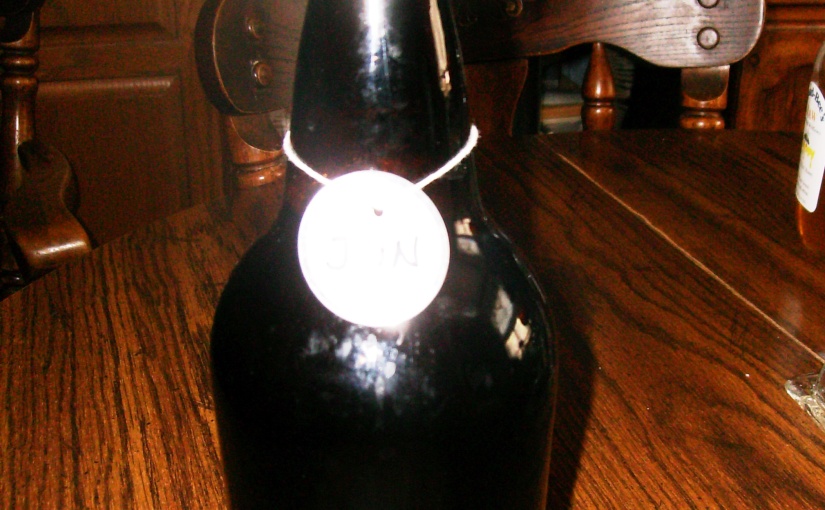 JUN the Champaign of Kombucha

This wonderfully light, crisp, effervescent beverage has many health benefits, delicious and easy to make. I was recently on a long and strong course of chemotherapy and it did a lot of damage to my immune system and many other areas while it was eradicating any remaining trace cancer cells and I suspended my use of this powerfully beneficial beverage. Now that my treatment has ended I’ve resumed drinking JUN and feel much healthier and more energetic. I suppose it’s because it’s a simple drink made from simple ingredients that’s simply wonderful! Here’s how you can make your own.

Note: Unpasteurized JUN or Kombucha will continue to develop a new baby SCOBY so if you are squeamish about them floating in your brew just pour thru a nylon or high quality stainless steel tea strainer into your glass and put what it catches into your compost.

You can get a JUN SCOBY here or you can get a daughter from a fellow brewer. I use a 1 gallon glass jar as my fermenting vessel and a coffee filter to cover the top securing it with a rubber band or breathable cap.

¾ Cup Raw Honey (I use clover due to tree allergies)

(this is known as a SCOBY Hotel)

In a large pan bring to a boil 3 ½ quarts of non-chlorinated water. Add 8 organic green tea bags and simmer for 20 minutes. Turn off heat, cover and cool to 117 degrees. Remove tea bags and add ¾ cup of raw honey and stir until completely dissolved. Continue to cool until it’s room temperature then pour it into your fermenting vessel. Add 2 cups of previously fermented JUN from your SCOBY hotel and your SCOBY. Cover with the coffee filter and secure with a rubber band or breathable cap. Leave in a cool place out of direct sunlight for 6 – 8 days. It will grow a daughter SCOBY on top. (This can be used to brew your next batch of JUN). Remove the mother and daughter SCOBY and 2 cups of brewed JUN and put them back in your SCOBY hotel and refrigerate until your next brew date. You can strain and bottle at this point or add flavorings like fruit or ginger root if you prefer. If you add flavorings put them in with the JUN and cover with coffee filter for a couple of extra days then strain and bottle. If you store the bottles in the fridge right away it will not become effervescent. I leave my bottled brew on the counter for 2 – 3 days before I refrigerate so that it has some carbonation.

Recently, after hearing about the health benefits of a gluten free diet my husband decided to try it for a week to see if it would improve how he felt. after a week of eliminating or nearly eliminating gluten from his diet he said most of his aches, pains and fatigue had been alleviated. He also, felt a little discouraged that it was so difficult to find tasty gluten free foods and was concerned about the expense.  Well, I took that as a challenge.  Healthy does not have to be expensive or difficult.  Simple foods should be simple to prepare and simple to obtain. So as I embark on Our Gluten Free or Near Gluten Free journey I will post my discoveries.

Flavor does not have to be compromised!

From the Kitchen of Donna Yelle 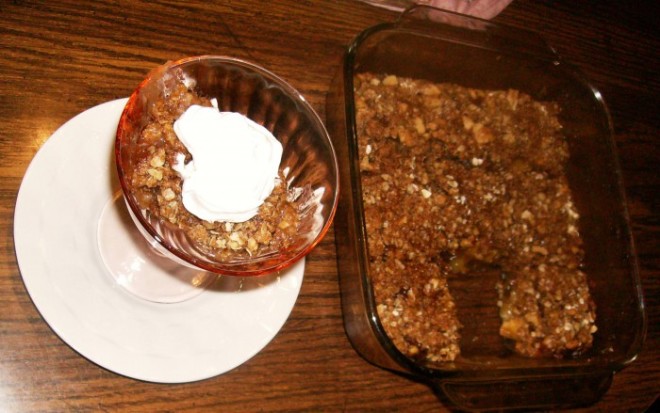 Recently my Sister-in-law Mary, who is a fabulous cook, shared a recipe with me for an apple cake. Since harvest season is here and there is an abundance of produce (Apples being among them)I thought I’d use some of those Apples that were on the verge of becoming a casualty of the compost pile.  The recipe she sent made a 9 x 13 inch cake pan which is far too large for the 2 of us here so I’ve modified the recipe to be a single 8 x 8 cake. I’ve also changed up the ingredients from traditional to organic and substituted some of the ingredients for healthier versions.  This cake also works well substituting pears for apples.

First let me say that I don’t think any of my substitutions made this cake less acceptable to the Jewish community keeping in mind their religious dietary restrictions. 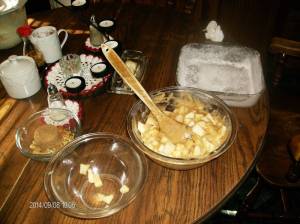 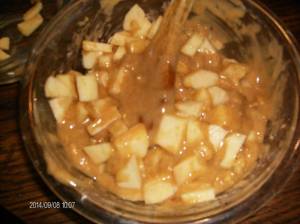 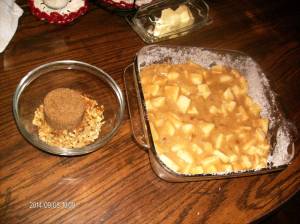 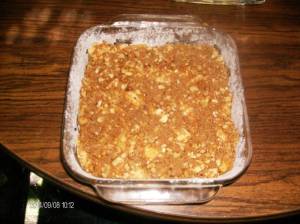 In a large bowl mix sugar, stevia, eggs, vanilla, cinnamon, salt and baking soda. Stir in oil and mix well. Add both kinds of flour and mix well. Fold in apples and nuts. Batter will be very stiff. Scrape cake batter into greased and floured cake pan and spread evenly.

Make topping: In medium bowl mix brown sugar, cinnamon and nuts.  Sprinkle evenly over the top of the cake batter.

Bake in a 350 degree preheated oven for 45-50 minutes. Cake is done when inserted tooth pick comes out clean.

Serve plain or top with powdered sugar or a dollop of whipped cream or a scoop of homemade vanilla ice cream. 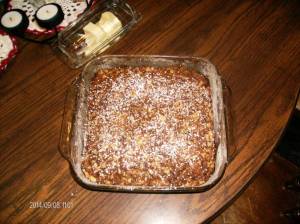 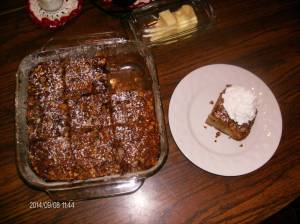